#Bandcampgold-Whatever It Takes by The James Hunter Six 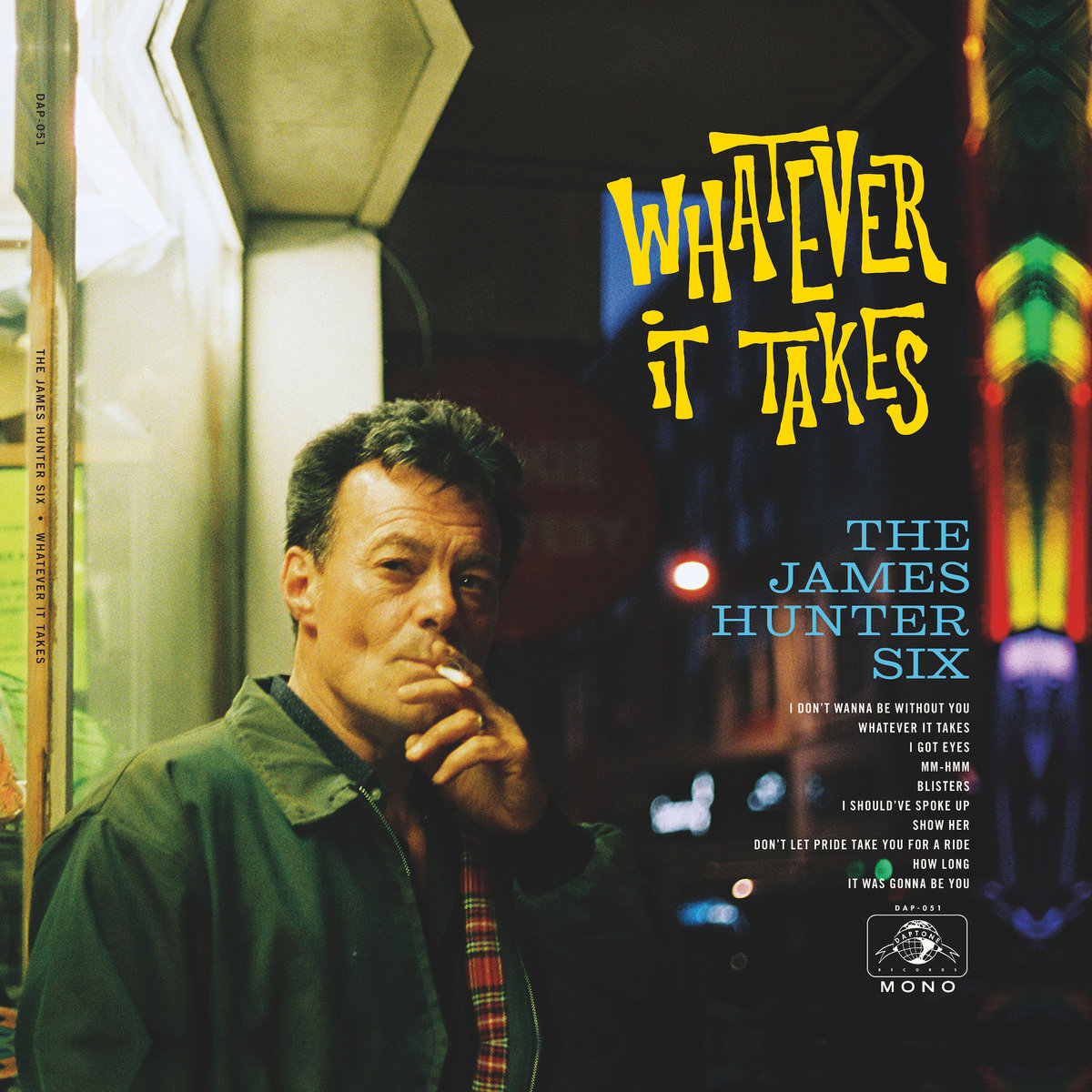 #Bandcampgold-Whatever It Takes by The James Hunter Six

Music criticism makes my skin crawl when it becomes too coy about areas of specialization. Example: when a soul album like Whatever It Takes by The James Hunter Six comes out the criticism given by experts is very watery and ephemeral “this is nostalgic stuff so its fine but who needs it?! Just listen to the original stuff it apes.” That view of this album is one from the ears of someone who doesn’t genuinely love soul music.  We all want to act like renaissance listeners who know everything but it’s so rarely true.  We specialize. This lead in is to make it clear this music is exactly my specialization and Whatever It Takes is a fabulous example of my counter point to the “who needs it?!” people.

A giant percentage of our music is nostalgic but we only register some of it with that tag(lots of sneaking going on). I hold that The James Hunter Six are part of an active genre not a throwback trend. They aren’t a Temptations cover band they make music within a genre that lived in 1962 and does now. I applaud James Hunter and Daptone Records co-founder (and producer) Bosco Mann for remaining laser focused when putting these ten songs together.

Daptone separates itself with genius composition. You can hear it in the found sound jack in the box tuning on the title track (along with fantastic drum and organ), the engaging instrumental track Blisters, the frantic movement of I Got Eyes, the astounding bass line of Show Her (my favorite song). James  Hunter is locked in pocket like a great closer on the mound in baseball. He arcs up and down within reach of every note he needs.  My favorite performance vocally is Mm-Hmm where he glides along the drums before gently eking out the chorus. He commands the song (in summation: 2 things that elevate a soul album 1. Composition  2. Commanding vocal performance)

Whatever It Takes is an album.  You just put it on and let it go. If other people are with you who haven’t heard it they will ask you what year it was made when you tell them this year they will get surprised. It passes the one test for soul music. The test Sharon Jones made everyone so aware of: if this is to sound like it’s from a bygone era does it sound like a new artist in that era or does it specifically sound like ripping off an artist? Is this just someone doing Wilson Pickett or James Brown again? If it is original vocal performance and composition like The James Hunter Six have given us than just enjoy it and be thankful we have more of it to warm the day.

Stream or BUY(I did) below: