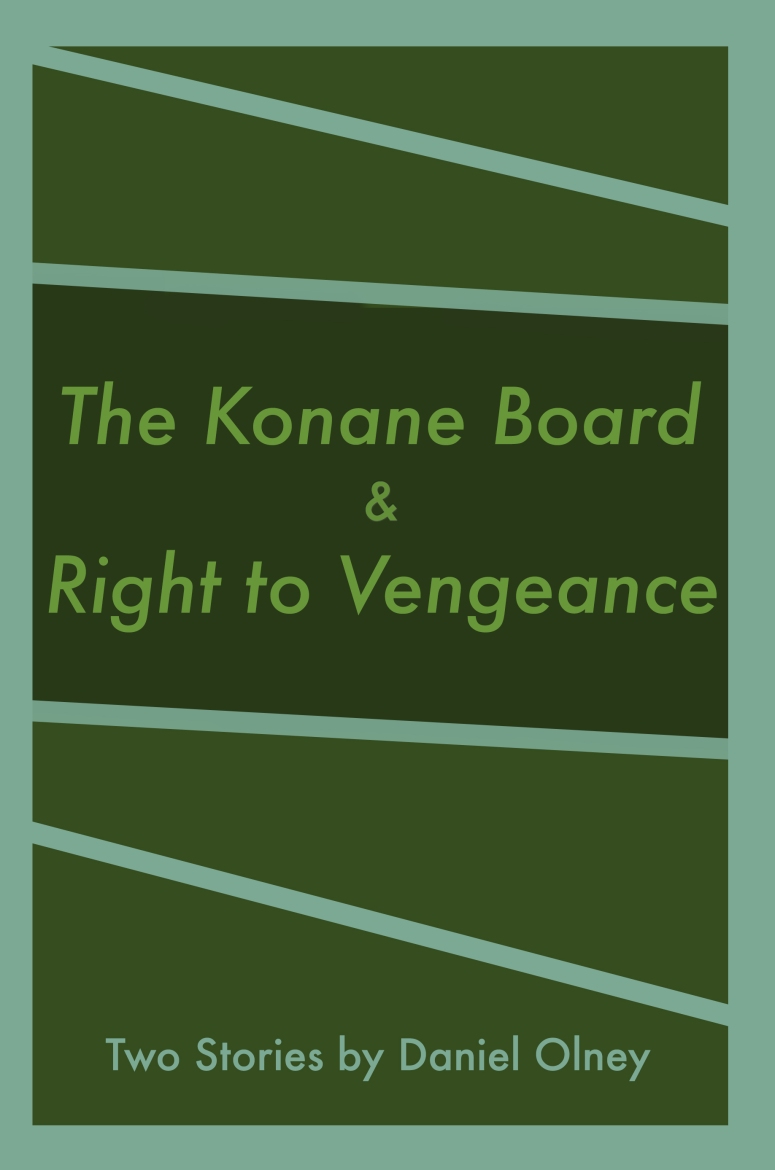 My Second Book Means Everything

I was raised to believe it is all a badly told lie. My father was put in jail by a police force that never was there to help him when gangs abused him. He wasn’t shy about sharing his experiences. I was pulled from class for shouting to my classmates that Santa wasn’t real. In many important ways my new book, The Konane Board & Right To Vengeance, fully realize my lineage in the world of pessimistic conspiratorial paranoia.

My father and mother are from California. My father saw a Hells Angel who had been hired as security kill someone who just wanted to watch The Rolling Stones but that was all family mythology for me. George Orwell took center stage in my life as one of the few writers who was right about how messed up things are. Most people love 1984, I still haven’t finished it, but Animal Farm was perfect.

It showed the destructive nature of power without letting you off the hook allowing you to think evil people pulled the wool over everyone. This wasn’t Thanos v. Captain Marvel all the animals start with good intentions but human behavior in groups becomes political and the political orbits feeds on nothing but power. Orwell could go big picture and talk about the mechanics of political power but he cared about people on a granular level. The essay that never leaves me from him was published in November of 1945 under the title, Revenge Is Sour, take a look at this section below where a Jewish American soldier interrogates a Nazi immediately after the war.

Later, there were further humiliations. Another S.S. officer, a large brawny man, was ordered to strip to the waist and show the blood group number tattooed on his under-arm; another was forced to explain to us how he had lied about being a member of the S.S. and attempted to pass himself off as an ordinary soldier of the Wehrmacht. I wondered whether the Jew was getting any real kick out of this new-found power that he was exercising. I concluded that he wasn’t really enjoying it, and that he was merely — like a man in a brothel, or a boy smoking his first cigar, or a tourist traipsing round a picture gallery — telling himself that he was enjoying it, and behaving as he had planned to behave in the days he was helpless.

It is absurd to blame any German or Austrian Jew for getting his own back on the Nazis. Heaven knows what scores this particular man may have had to wipe out; very likely his whole family had been murdered; and after all, even a wanton kick to a prisoner is a very tiny thing compared with the outrages committed by the Hitler regime. But what this scene, and much else that I saw in Germany, brought home to me was that the whole idea of revenge and punishment is a childish daydream. Properly speaking, there is no such thing as revenge. Revenge is an act which you want to commit when you are powerless and because you are powerless: as soon as the sense of impotence is removed, the desire evaporates also.

You cannot underestimate how important that last sentence is for The Konane Board. If you buy the book and start reading, asking yourself what characters are acting out of “the sense of impotence” necessary for revenge you’ll be surprised. It’s funny but sad , LeCarre looking for traitors inside British Intelligence mixed with the interlocking dark hopeless humor of Adult Swim’s Venture Brothers. Both of those influences link back to Orwell. This new book is everything and everything is Orwell.

P.S. An incredible writing teacher I had in college told me my problem was that the story I was writing meant everything and so it was hard for the reader to follow. The title of this post is a wink in that direction since that is still very much the challenge. I want you in on everything.

Amazon link is below: